I recently ran the “Lillebælt” half-marathon! It was a beautiful experience as the route was a combination of ocean, forest, and field views. It was a nice mixture of flat and hilly and had many water stations on the way to keep runners hydrated. It wasn’t my first half-marathon, but man, it was challenging! I was in decent running shape when I signed up but knew that I would need to condition myself with plenty of long runs beforehand.

I started the run shooting for a time of 2 hours, 15 minutes; although I felt that was an unrealistic time as I am still new to half-marathons. The first 8 kilometers flew by as the adrenaline spurred on by the audience cheering piper me in high gear.

After reaching 9 kilometers my legs being to prematurely feel weak and tired. I psyched myself up and kept pace with the 2:15 speed holders until the 16 kilometer mark before deciding to run at my own tempo.

I fought hard to suppress the nagging voice in my head that told me to slow down and walk. My stubbornness and perseverance paid off as I crossed the finish line with a time of 2 hours, 15 minutes, and 59 seconds!

The joy I felt after barely reaching my goal (thinking all along that I’d come nowhere near it) is indescribable! Unfortunately, I fell a bit sick after the race as I was dehydrated and had some uneven blood distribution in my upper body. After forcing myself to eat I felt much better, albeit exhausted.

Half-marathons give me confidence, positive emotions, and delightful rushes of adrenaline. When I was running I kept telling myself over and over “I’m never going to do this to myself again”. But that sentiment completely disappeared the second I crossed the finish line.

Anyone else run half-marathons? 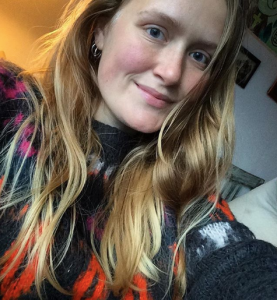 Hi everyone! My name is  Josefine and I’m currently living in Denmark.

I’m a passionated vegan foodie who loves sharing inspirational content to live a more cruelty free life. On my blog i will share recipes, guides, and tips to start your own vegan journey.

Nothing taste better than vegan feels!